Welcome good Sir Knight.
Take a seat. Have a haunch.

I'm going to let you in on a little royal secret today.

In my spare time I like to moonlight as a common IT support worker.
It's kind of like Undercover Boss, except that there aren't any cameras and it's really dull.
Also, no-one gets rich at the end of it.

Basically I have a job and I may or may not put a crown on when I go home.

In this job that I do, I set up a lot of wireless connections.
I am, like, super pro at this.
You should see me go.
It's amazing.

Some devices however do not have the range of security settings needed to connect to the network we have.
These are the Unsupported Devices, and connecting them is beyond even my awesome power.
It cannot be helped.
It's this thing you have here.
The sentence "It connects to my wireless at home" means nothing to me.
You do however have my deepest sympathies.

A few years ago, even iPhones couldn't connect.
You have no idea the joy I took in telling people that their brand-new crystal dream-biscuit wasn't up to it.
Don't worry. Nowadays everyone's phones can connect.
Except mine, so that's probably some kind of karma.

Hey, speaking of wireless - and terminators too I guess - did anyone ever watch that Sarah Connor Chronicles show?
I didn't hate it. Then again, I didn't watch much of it either, so that probably shows how much I liked it.

Anyway, I saw this one episode where they had captured a terminator's, um, brain-chip or something.
So they plug it into a laptop in order to steal its robot secrets.
What does the terminator brain-chip do?
It goes straight for the wireless of course, and starts sending evil robot signals to the other robots.
I think.
That or browsing for sexy mechano-ladies.

The whole time it was happening all I could think was, what the hell are you doing plugging the robo-brain into a wireless enabled device?!
Are you mad?
What did you think would happen?
Exactly what happened, that's what would happen!
Then it did happen!

You've lost your touch, John Connor? You used to be such a leet hacker when you were younger.
Where's your "easy money" now, huh?

This is the kind of trouble you can run into when you don't understand your computer well enough.
Remember that kids.
Know your devices. Avoid hijack by robot brain-chips.

This is your King here, taking a break from playing too much Guild Wars 2.
If you haven't played it, it's basically a prettier World of Warcraft with a heavy emphasis on exploring and jumping puzzles.

They've also done their best to avoid the obvious fantasy races, which is fun.
It does make it harder to relate to the world initially. A lot of fantasy games use the standard fantasy races - Dwarves, Orcs, Elves etc. - which might not seem all that original, but you immediately know what to expect from them, more or less.

Guild Wars doesn't have that to rely on, so it's been a bit harder to get my head around the 'lore'.
Something about dragons I think.
I have, however, been spending just about all of my free time trying to figure it out.
That's my excuse anyway.

Oh, and two out of the five playable races are cat people (hence the comic).
Just sayin'.

In other news around the Kingdom, I've been breeding cows for my cow-tapault.
It's not a very deadly weapon, I will admit.
It's more for demoralization purposes.
For that it works wonders.

Here for your taxes,
~King Longburns.

P.S. I finally got to the top of that god damn clock-tower. Mad king can go fuck himself.
Here endeth the Guild Wars 2 related comments.
Posted by King Longburns at 20:38:00 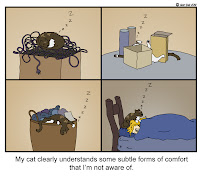 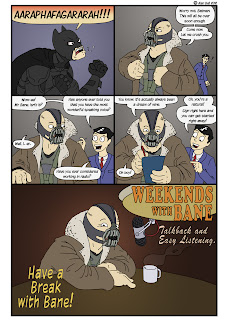 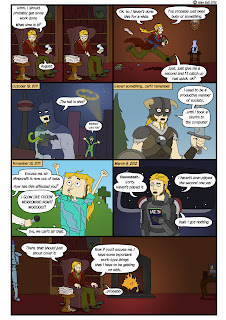 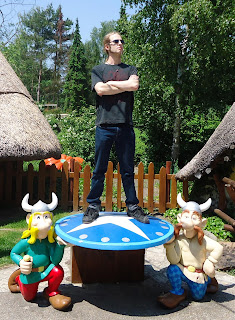