A little down time for Warrior Man. 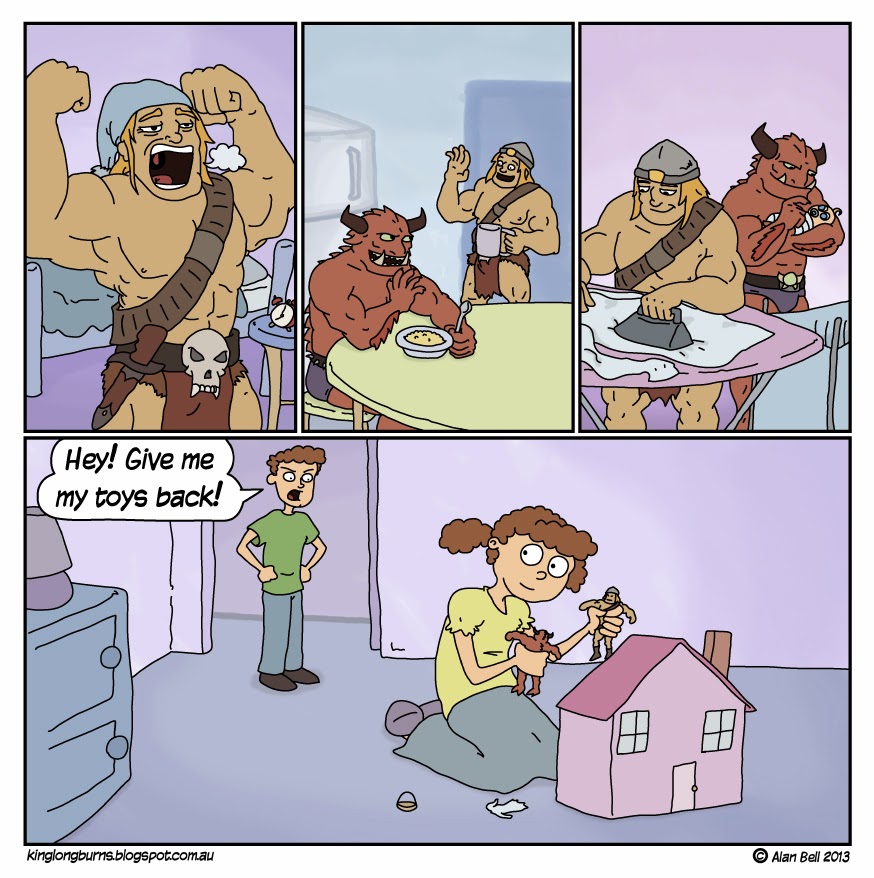 Welcome. How are we all?
I hope the festive season is treating you well.
Here in the Kingdom of Longburnberg we celebrate by covering a pig in treacle.
Then the townsfolk chase it around, trying to have a lick.
Last year this event caused the spread of a plague that nearly wiped out our beach volleyball team.

I had those responsible thrown into the ghoulag.
It's like a gulag only haunted.

Today's comic is inspired by a cardboard dollhouse that my Mum made for my brother and me when we were kids (gender based toys be damned).
In the dollhouse, New Adventures of He-Man Skeletor would get up in the morning, fall downstairs (he's an accomplished tumbler) and have breakfast.
Then he would go to work, leaving He-Man - who was missing a leg and a half and collected a disability pension - to work on his novel.

Nowadays Skeletor has retired to the shelves on my desk where he spends all day wearing spring-loaded fold out Batman wings.

P.S. Did I mention that I made a promotional Twitter? No. No I didn't.
You can follow my twiddling here.
Keep up with the latest whatevers!
Posted by King Longburns at 14:34:00

Hold on. Your driver's licence says your name is "Wotan". 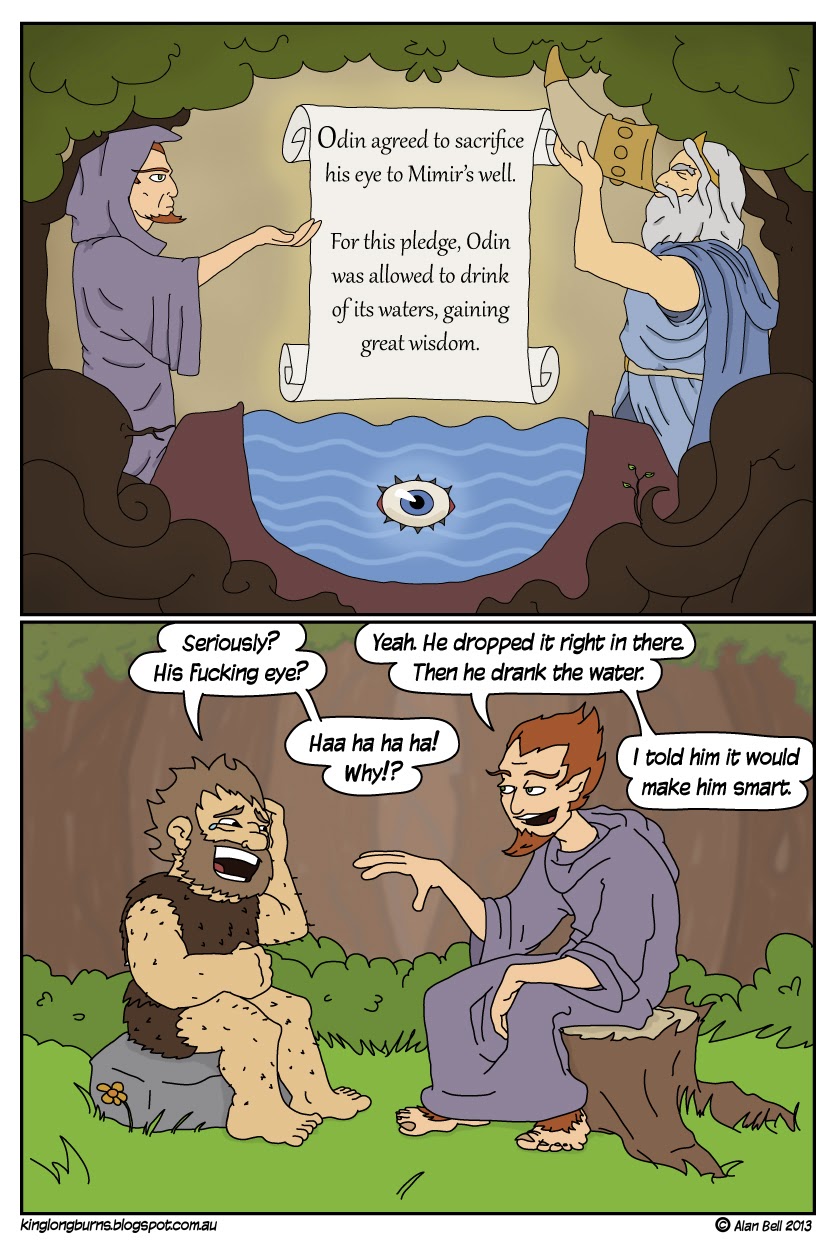 Greetings and salutations.
I know it's been a little while, but don't worry, I'm still here.
I've been hugely unmotivated the last couple of weeks, so it took me a while to get this one done.
Also, I'm learning exactly how well I deal with stress, which apparently is "OK, but not great. Could use some improvement".
It's fine though. A mild but persistent feeling of panic is just part of being an adult, right?

So, Odin eh?
I haven't seen the latest Thor movie, so I don't know if they've explained Odin's pimp eye patch.
It doesn't matter though, because you are now equipped with this magical knowledge.
Feel free to go forth and spread this new found wisdom.
It's ok. I'll wait.

Ah, there you are. Where was I? Oh that's right.
I once worked on a fancy animated version of the Ring Cycle (a.k.a. I Love Wotan) which is where I first heard about Odin's freaky eye thing.
I asked why Wotan (Odin) had an eye missing, and I was told 'he was told that if he pulled out one of his eyes he would gain wisdom'
and I said "that sounds like exactly the type of thing you could persuade a stupid person to do".

For the record, I love old mythology, so I don't mean to be rude to poor old Odin.
At least he has a cool beard and hat to make up for a lack of depth perception.

Feeling quite clever enough with his two eyes, thank you very much,
~King Longburns.

P.S. The animation that I worked on was not in any way actually called "I Love Wotan".
Posted by King Longburns at 17:01:00