A tense moment between Kylo Ren and Han Stimpy. 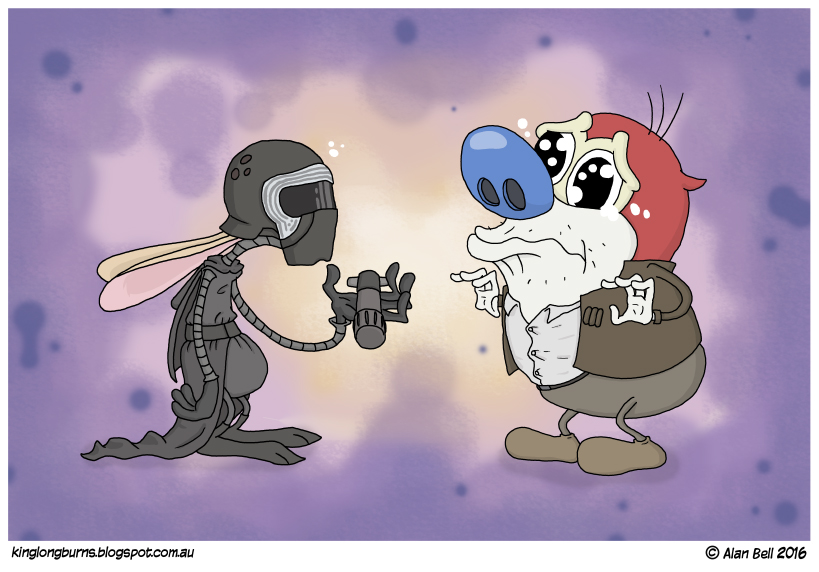 Well, I did it.
I both exhibited at, and survived exhibiting at Supanova.

I wasn't able to post this last week, so this image ended up being exclusive to Supanova for the weekend, but I am now unleashing it on the internet for all to see.

My first convention appearance went pretty well.
The only reason I didn't make a tiny profit is because I overspent like crazy getting everything I needed.
Thanks again to everyone who came by to see my display, and double thanks to everyone who bought something.
It was really great to see people enjoying my work. It really meant a lot.

Also thanks to all my friends and family who came by to show their support. That also meant a lot.
As did the purchases that you made.

I even did a commission drawing for my brother. The request was for me to draw "the inevitable awkwardness you and I would experience after realizing we are 100 feet tall", which I think I managed to capture pretty well: 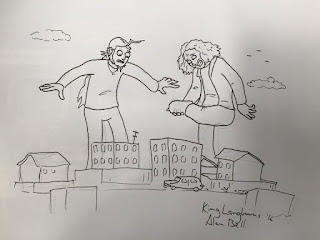 Well done to everyone who exhibited this year, especially the rest of the Something Collective group, without whom I would not have been able to attend.

Hoping I get to do this again sooner rather than later,
~King Longburns.
Posted by King Longburns at 15:58:00