It's all in the execution. 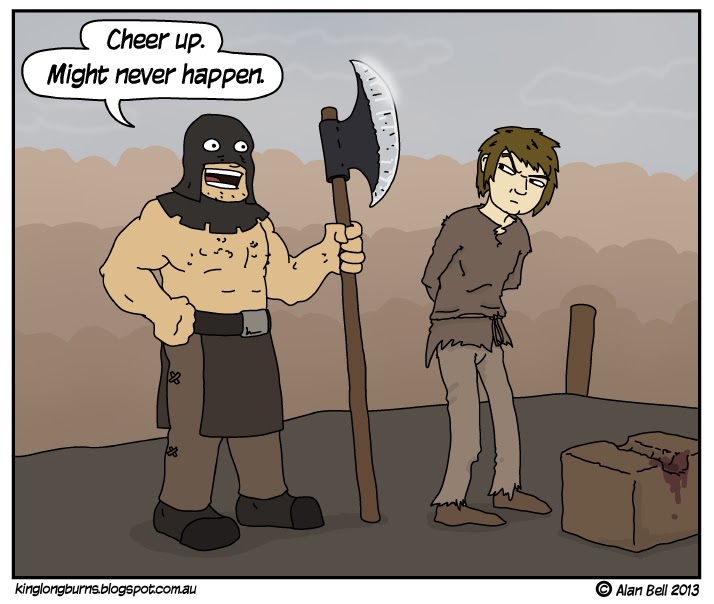 Good day to you, one and all.
Today's comic may or may not be an accurate depiction of the punishment system in my kingdom.
I honestly don't know. I have an evil sheriff who takes care of that sort of thing.
I don't normally support execution as a method of punishment, but since my kingdom and all of its inhabitants are imaginary, I'll allow it.

So, Halloween huh.
I live in Australia, so Halloween isn't such a big thing here,
but we will usually have at least a couple of groups of kids come around, trying to shake us down for lollies.
This year I hid from them because I forgot to buy anything for them.
All I had was dry cat food and an apple.
I might let my evil sheriff take care of that side of things as well in the future.

Instead we like to celebrate the Melbourne Cup, which instead of kids dressed as goblins has kid sized adults dressed in colourful satin riding horses.
I'm not that interested in the horse racing, so for me it's basically just a public holiday.
Except that it isn't a public holiday for me.
So basically it was Tuesday today.

In other news, it's November so all the big games are coming out now,
but I can't afford to buy expensive things right now so we won't be speaking of them.