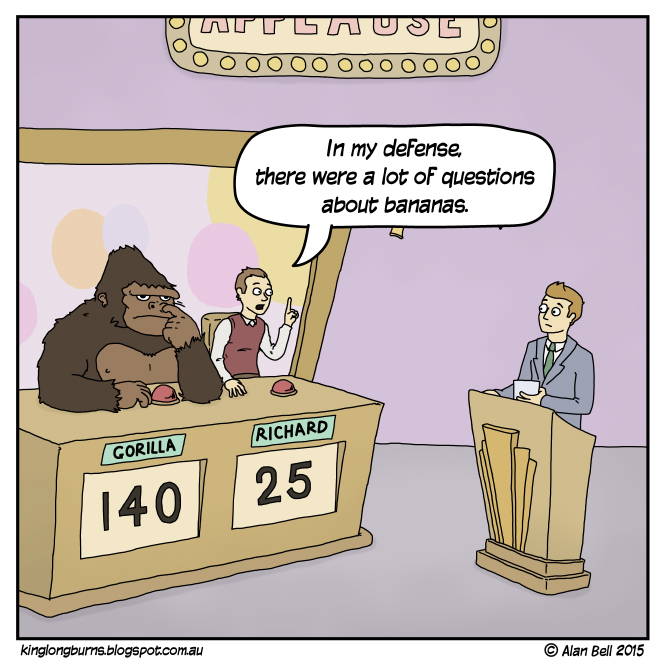 Hello all.
Today's comic is the fifty-first comic that I've posted here, which means that last week was a semi-important milestone that I didn't notice at the time.
I think belated hoorays are in order.
They are like normal hoorays but you have to say them as though you're rushed and out of breath.

I'll try to remember to celebrate comic one hundred. How about that?

I thought of today's comic while watching an episode of The Addams Family which had a gorilla in it.
I can't say that that was an exciting origin story for this comic, but I can say that I enjoyed watching The Addams Family.
I highly recommend it.
Four stars.

Handing out unsolicited reviews,
~King Longburns.
Four and a half stars.
Posted by King Longburns at 17:12:00