Socrates himself is particularly missed... 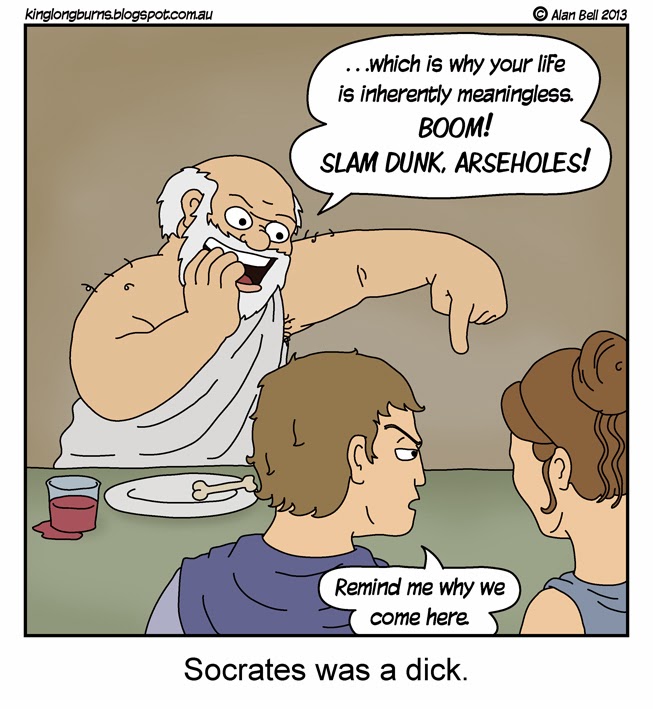 Welcome everyone. You're just in time for a little taste of the History of King Longburns.

Back before I was a pretend King, I majored in Philosophy at university.
My special topic was epistemology, where I found out how not to know that there is a sheep in a field, how to make an imperfect version of the idea of a table,
and why you should always wear sunglasses when exiting a cave for the first time.

I particularly liked ancient Greek philosophy. It's still surprisingly relevant, but it's outdated enough to pick holes in, which is a special hobby of mine.
Magic gold blood indeed.
Also, I get to imagine people wearing togas, so it gets bonus points for that.

One of the best things I ever read was Plato's Cave allegory. You should check it out. Zach Weiner of S.M.B.C. did a comic on it. You should look at that too.
The guy is a machine gun of comics. I don't know how he does it.
He's much better than I am and I am jealous, but in a good way.

The comic this week is based on Socratic Dialogues, which are well worth reading.
Spoiler alert: Socrates wins.