The furniture is revolting! 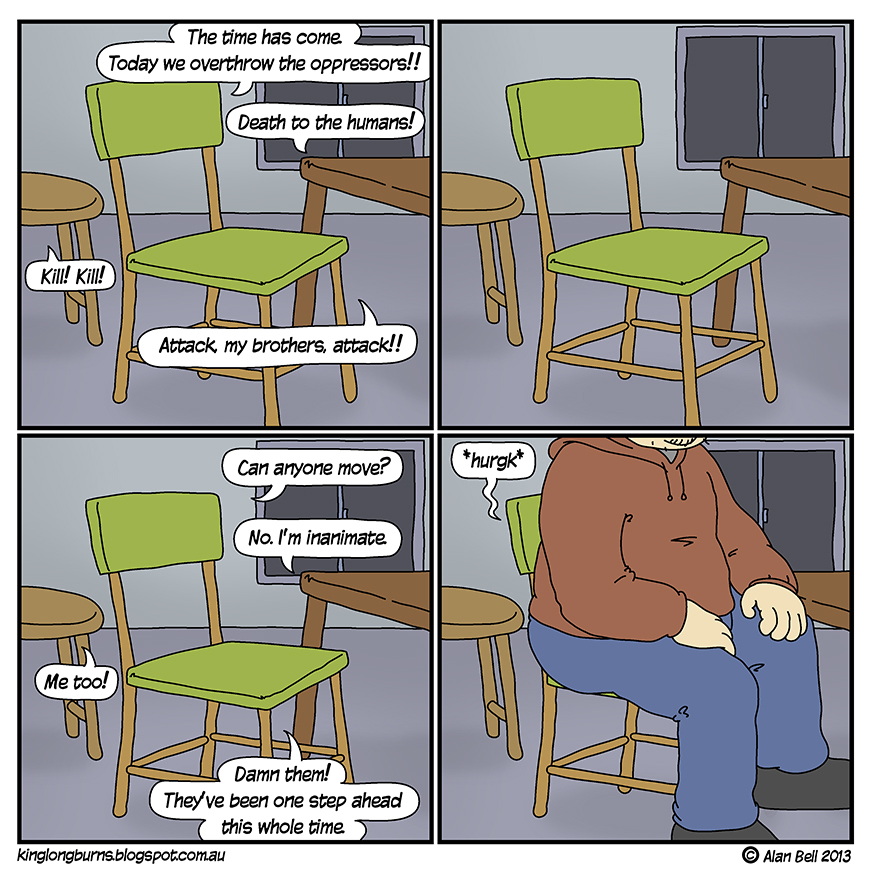 Hello again, and welcome.
I hope you are well rested, for today we go fox hunting!
Here, we prefer a more humane version of fox hunting, where we use Nerf guns and we hunt a guy called Mike who's wearing a fox costume. It's much more fun this way.
Except for Mike of course, but he doesn't have any say in the matter.

We had a revolution in the Great Kingdom of Longburnitopia once, but it was quickly stopped when I offered the people money and a wide range of human rights.
People are suckers for rights.

Back in university, I majored in philosophy, and today's comic is based on a conversation that I had in one of my classes.
The topic of the day was The Mind, and my tutor at the time was suggesting that one of the chairs had no mind.
They said that the chair showed no signs of any mind, did not respond to anything, was not acting on any desires etc.

I thought that this was, frankly, rude, as the chair had been made to be completely rigid, and could not act on any impulses, even if it had a mind.
I said that maybe the chair did have a mind, and was standing there wishing it could leave, cursing its makers for its fixed, unmoving body.
The tutor was impressed, and said that I obviously did have a mind.
Personally, I think that was a pretty bold claim.

Anyway, I remembered the chair thing until this very day, and lo, it has birthed a comic.
Who ever said that a philosophy degree wouldn't be of any use to me later in life?
Look at me now, Mum!