Everyone's doing it. I just want to be popular. 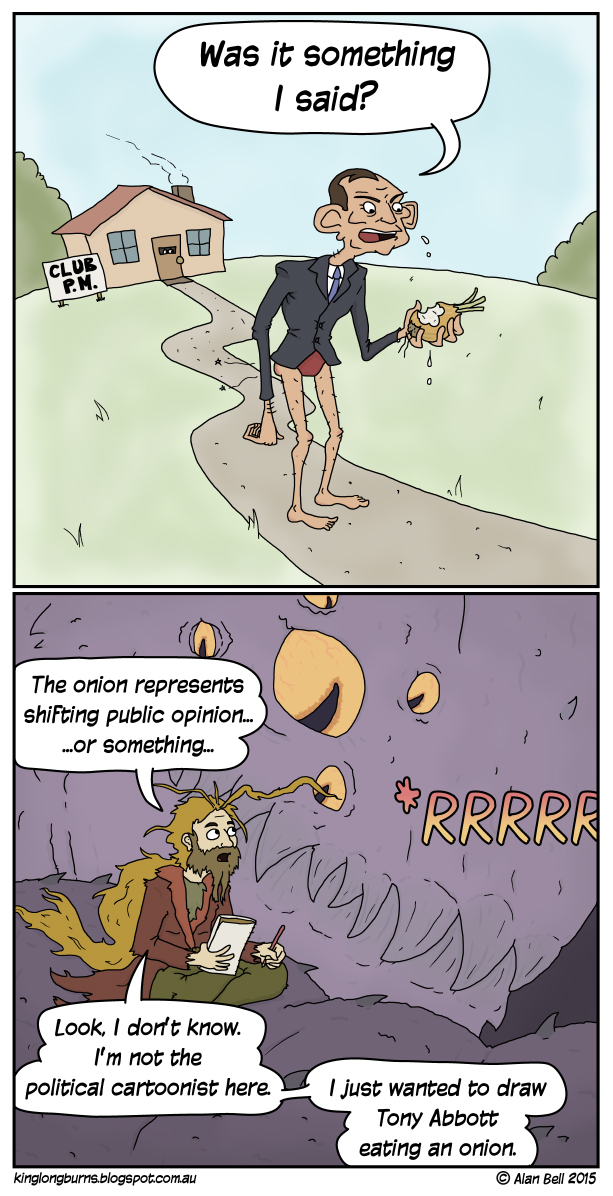 Greetings from Australia, where we have lost yet another Prime Minister.
Not through death of course, or from misplacing them.
...
That could be fun.
...
No, this time it's due to Tony Abbott being a colossal dickhead/psychopath, who took a huge shit all over our international reputation, human rights record, and standard of living, among other things.
You know. That old chestnut.
The best part is that he got ousted four days too early to qualify for a Prime Minister's pension, though I can't imagine he needs it, and fuck it, he'll probably end up getting it anyway.
Jerk.

Basically he's a crazy arsehole, and I'm glad to see him gone.
No promises that the new guy will be much better.
We'll just have to see.

I brought back the Terror-Worm from comic whatever-it-was, so there's that too.
If you don't understand what the hell is going on in the second panel, feel free to read the other comic for some context.
Spoilers; there is not much context.
I'm trying to loosely maintain a continuing background fantasy universe here.
At the very least I'm going to to be consistent with it.

P.S. The guy ate raw onions on at least two occasions, just nibbled on them on camera while talking to farmers, and then didn't seem to understand why that would be weird.
Normally I'd say that the idea of the world being ruled by shape-shifting space lizards was silly, but damn it if Tony Abbott didn't make a good argument for it.