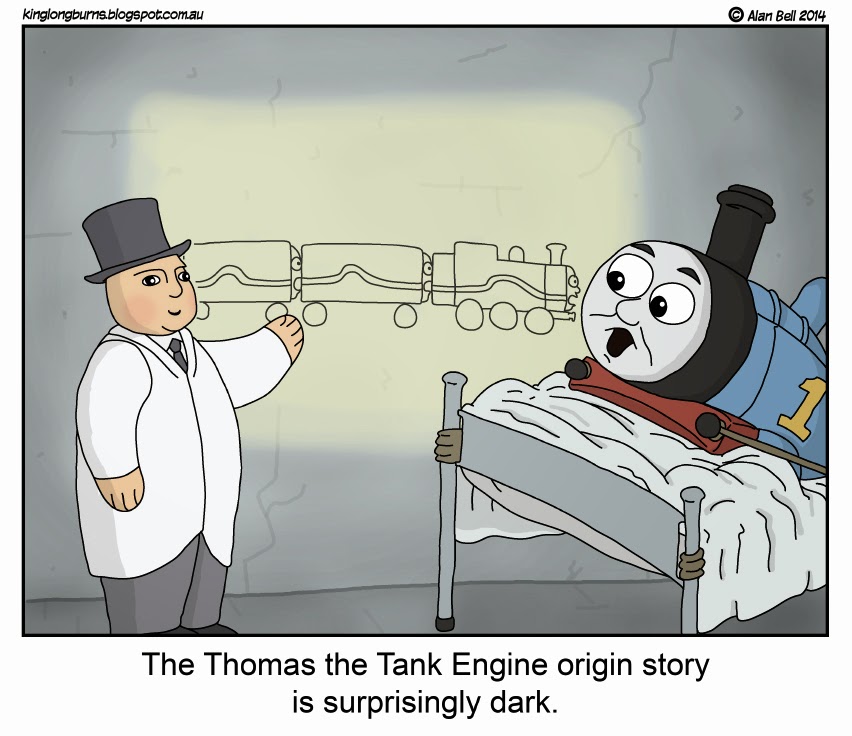 Hello all,
How are you all?
I hope I haven't ruined your childhood too much with this weeks comic.
I only say that because I'm planning on going in for round two next week,
and I'm hoping that there will be some childhood memories left to mess with.

I didn't post last week because we were having a record breaking heat-wave, and I don't function very well at high temperatures.

Has anyone seen that episode of Black Books where Manny has a condition called Dave's Syndrome which activates when the temperature gets to 31 degrees?
Well it was over 40 degrees here for most of a week.
That episode shits me.